On the occasion of the 25th anniversary of the Automobil-Elektronik Kongress, the extremely high-caliber speakers presented real fireworks of information. These are the key messages on the second day of #AEK_live.

On the second day, too, top-class speakers gave their presentations. For pandemic reasons some people had to present remotely, e. g. Jiangxiong Xiao (AutoX) who gave an insight view from China on robotaxis. (Bild: Matthias Baumgärtner)

Already on the first day of the 25th Automobil-Elektronik Kongress, the focus was on the software-defined car. This was seamlessly followed by the program of the second day, where software topics clearly dominated, but above all the shortage of personnel came through in very many presentations. Issues like "Promoting Young Engineers" and "Finding Talents/Capacities" were parts of virtually all presentations and coffee break discussions of this networking congress. The following story gives a glimpse at some of the contents of the lectures and the panel discussion of day 2 .

Describing the major changes in the industry, Marius Asselmeyer, Head of Corporate Strategy Process Model at Cariad, says: "Defining gap dimensions is no longer as important as defining update cycles." That's why Cariad was founded as the "software powerhouse of the Volkswagen Group," because "we as Volkswagen are convinced that in the future, 1/3 of our sales will come from software." The goal, he said, is to solve everything with a single scalable platform. The idea is to offer a "holistic software experience" and become "the customer's digital companion," he said. Currently, Cariad develops about 10% of its own software, but it needs to do enough software itself to maintain control at strategic points, he said, because one thing is clear: "We need to catch up with the hyperscalers in the US. It's not too late. We still have it in our hands to make history instead of being history."

25th Automobil-Elektronik Kongress at a glance

Ned Curic, CTO at Stellantis since the summer of 2021, had already confirmed his attendance as a speaker in his previous position as an Amazon employee. In November 2021 he spoke quite officially as an OEM representative. He drew parallels to the gaming world and explained how important standard interfaces are. His appeal: "You have to think about how to standardize," followed by another indirect call to cooperate on non-competitive non-differentiating elements.

This is what the speakers said at the Automobil-Elektronik Kongress 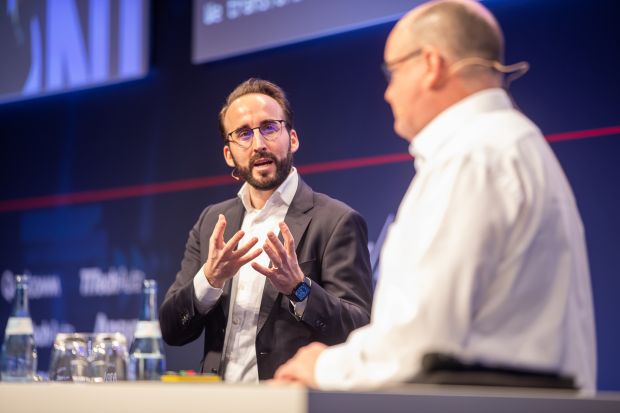 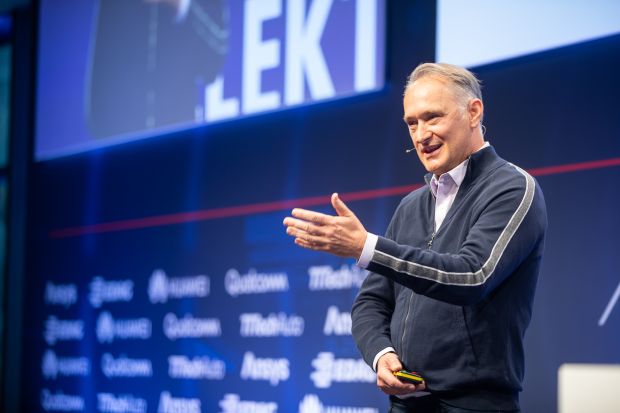 Ned Curic (Stellantis) drew parallels to gaming, emphasizing the particular importance of standard interfaces: "You need to think about how to standardize." (Bild: Matthias Baumgärtner) 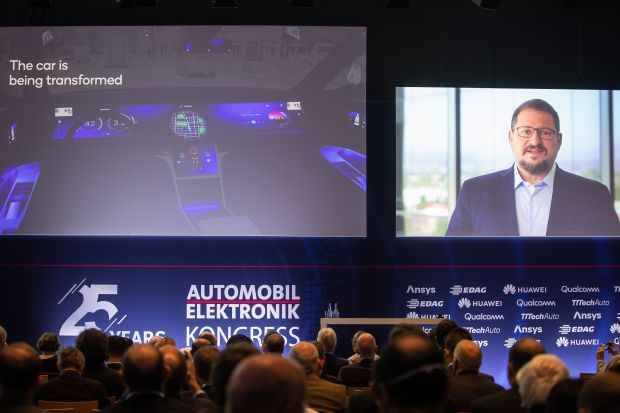 Cristiano Amon (Qualcomm) in his video message: navigation is currently focused only on directional, but "with 5G, there are completely new possibilities." (Bild: Matthias Baumgärtner) 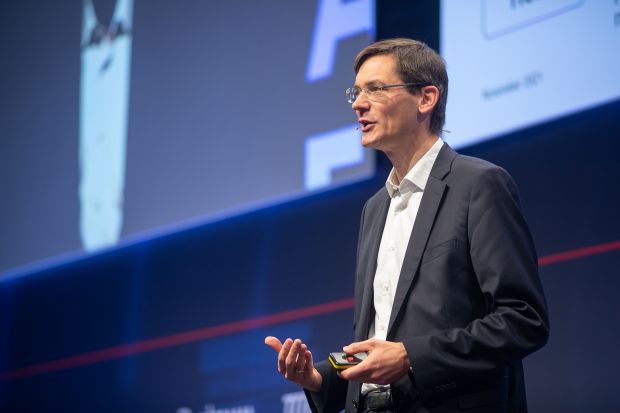 Georg Kopetz (TTTech Auto): "We can't do it alone, but together we can tackle the challenges of automated driving." (Bild: Matthias Baumgärtner) 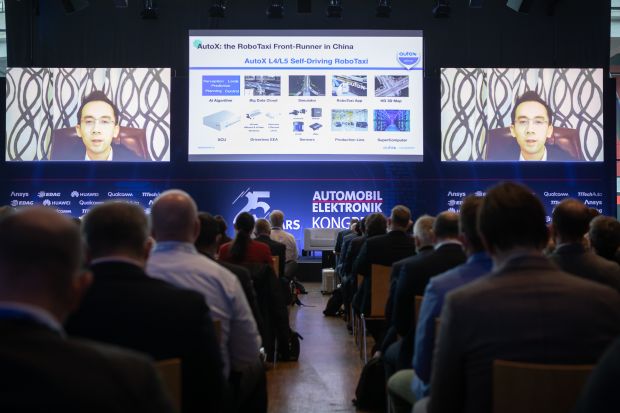 Jiangxiong Xiao (AutoX): We are the "largest self-driving vehicle company in China with a focus on robotaxis," and we are committed to "democratizing autonomous driving." (Bild: Matthias Baumgärtner)

5G as an enabler

Cristiano Amon, CEO & President of Qualcomm, explained in his video speech not only that we will "see massive displays in the car," but also how important connectivity is for the software-defined car.” In doing so, he showed that in many areas 5G but also V2x will enable entirely new functions and experiences. For example, he said, navigation is currently focused only on directional information, but "with 5G, there are totally new possibilities." Afterwards, Alejandro (Alex) Vukotich, VP Product Management at Qualcomm, answered the attendees' questions.

Why software also needs hardware, what the opportunities and challenges are on the way to the software-defined car, and what the potential is in End2End software, you will learn in the highlights of the first day.

It only works with cooperation

The speech by Georg Kopetz, CEO of TTTech Auto, explained very clearly why cooperations are so important in the software-defined car, because the transition from the conventional car supply chain to an open platform-based car technology ecosystem would require many players to come on board: Early collaboration between semiconductor manufacturers and software companies is needed before OEMs even think about it, he said, and one thing is always important: "We need to think much more in terms of standards and interfaces."

Here are some statements of the second panel discussion

Prof. Jiangxiong Xiao, founder and CEO of AutoX Technologies, has set his sights on "democratizing autonomous driving." According to Prof. X (as everybody call him) AutoX Technologies is "the largest self-driving vehicle company in China focused on robotaxis." He aims to achieve this goal with "AI Drivers," driver software that uses artificial intelligence. He presented the technology and used various impressive videos to show how robotic self-driving cabs can make their way through Chinese traffic, which is not always 100% compliant with the rules, with many pedestrians and two-wheeled vehicles.

Shinishi Yoshioka, Senior Vice President & CTO of Renesas, explained how software-first solutions make it possible to keep up with the "code explosion". This, he said, requires a suitable software simulation-enabled development environment, AI compilers that can leverage CNN toolchains, and a hardware-agnostic platform. To achieve the desired scalability, the parties involved should rely on standards. 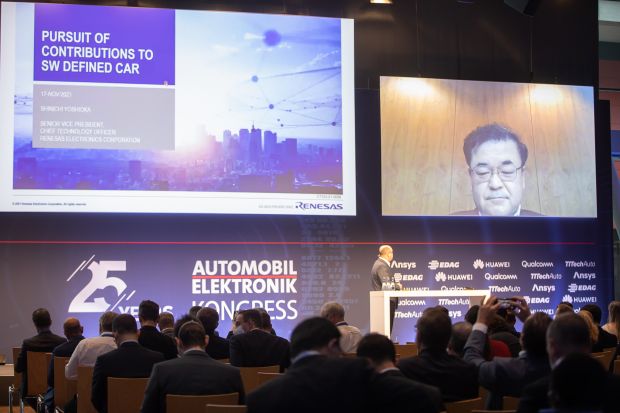 Shinishi Yoshioka (Renesas) sees the future in a "software-first" approach, and thus in solutions that are easy to develop, easy to abstract, and easy to scale.... (Bild: Matthias Baumgärtner) 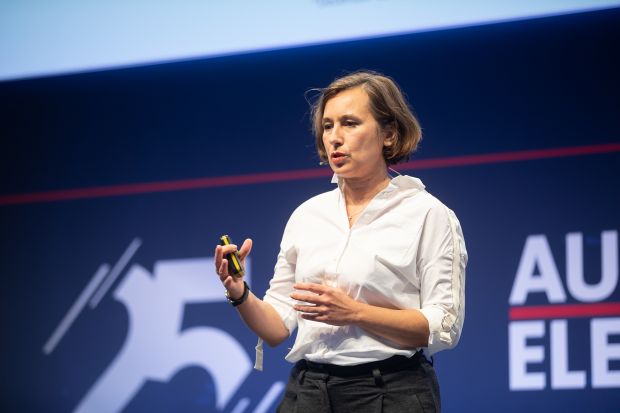 Maria Anhalt (Elektrobit): The success factors for automotive software are lower complexity, reuse, agile development and the staffing situation: "The fight for talent is the biggest challenge." (Bild: Matthias Baumgärtner) 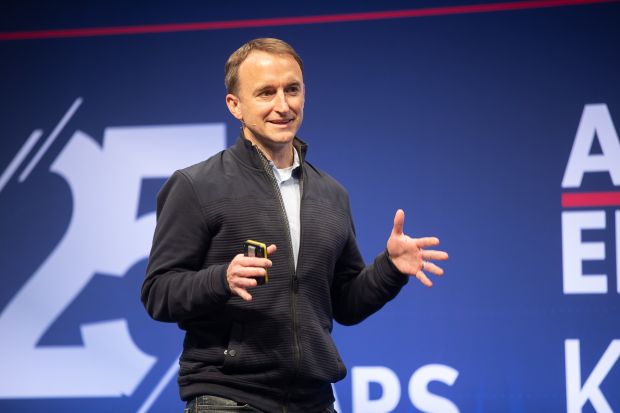 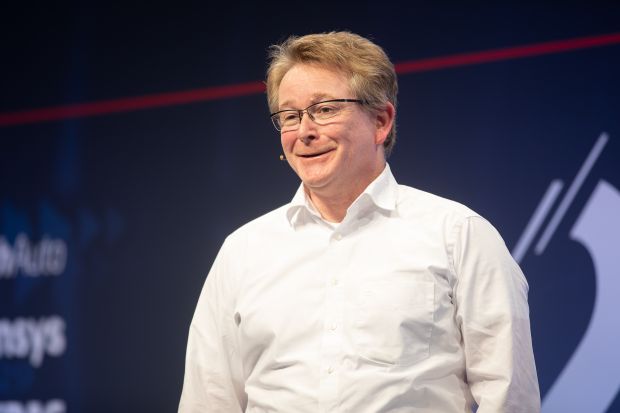 Thomas Beck (Vector Informatik): "Every 45 minutes, we deliver a custom software product, none of which is like the other." (Bild: Matthias Baumgärtner)

For Maria Anhalt, CEO of Elektrobit, the industry has three main challenges to overcome, namely technology evolution, development speed and the battle for the best talent. By 2031, she predicts that 35% of vehicles will be based on the same software platform at each OEM. Her tip: "Don't reinvent the wheel: reuse proven software!" It is quite important to decouple function development from the hardware development cycle, she said. However, a common language for communication between functions and the hardware is currently lacking, she said.

Ricky Hudi introduced Patrick Brady, VP Engineering Google Android, as "Mr. Android Auto," who first clarified one thing right at the beginning: "We have no intention whatsoever to making a vehicle, we just want to partner with the automotive industry." He then went on to talk about the high importance of platforms, ecosystems and partnerships - and he didn’t forget to mention that there are already over 100 million cars on the road with Android Auto, with 10 of the top 15 OEMs having chosen Android Auto as the operating system for their next generation of infotainment. Very important, he said, is the fact that vehicle software is not a part, but a product. Emphasizing that no one in the industry can implement the vertical solution all by themselves, he noted, "If you want to go fast, go alone, but if you want to go far, go together!"

Thomas Beck, CEO of Vector Informatik, began his presentation by saying "I already attended this congress last century." Both the congress and the software, respectively the software production, had changed considerably since then. In his presentation, he addressed both the hard facts (such as the effort involved) and the soft facts (such as the organizational aspects) surrounding the topic of high-volume software production. 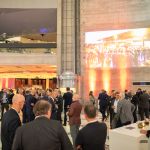