From round to round crown

Seica invested in a new generation of systems for Laser selective soldering, notably the Fourth Dimension, giving birth to the Firefly4D line, in accordance with the concepts of Industry 4.0. The System will be showcased in productronica 2017 as a world premiere. 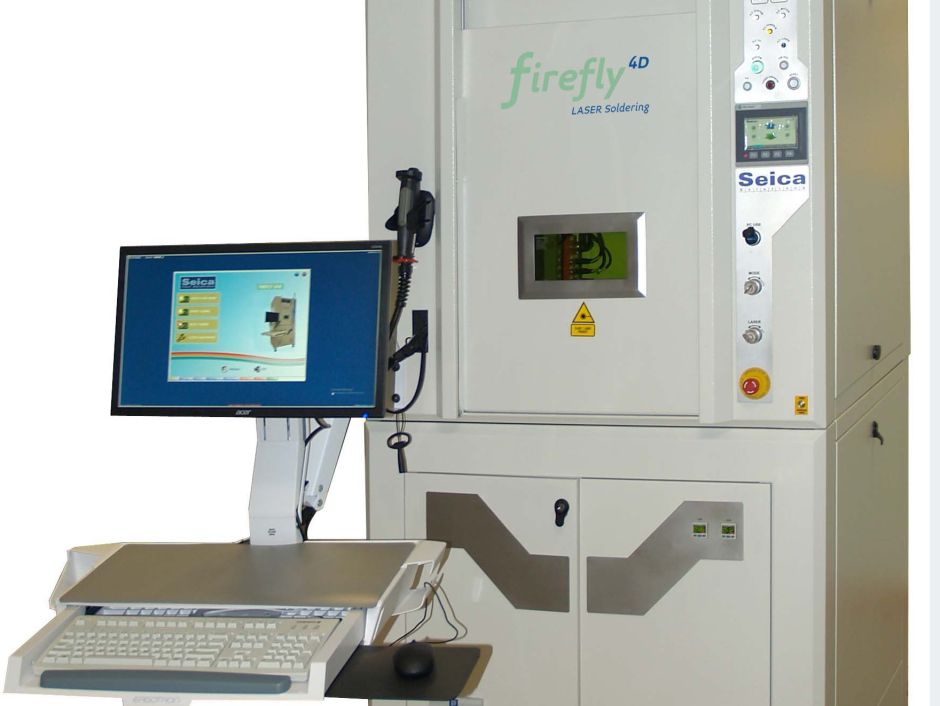 The Firefly technolgy employs a Laser beam of a specific wavelength, tilted and cone-shaped; the distance from the point of emission to the point where the soldering is made can change depending on the requirements, and is controlled via a sensor. This allows to configure the size of the radiated surface which, along with point-by-point power adjustment and the pyrometer, effectively provide a stable, repeatable and reliable process. In the Firefly4D the Laser is no longer inclined but vertical. Now the optics include on the same axis all of the individual assemblies. The Laser, the camera, and the pyrometer share the optical path, to provide an improved performance, process stability, and easiness of calibration. Also, the footprint of the Laser beam changed, from round to round crown, thus preventing burning the opposite side of the PCB through the hole of the component to be soldered.